Lonsdale Capital Partners (“Lonsdale”), the UK based mid-market private equity group, today announced the exit from Bright Maze Oy (trading as “Amerplast”) a flexible plastic packaging group located in Finland and Poland. The business has been sold to the British group Hanmere Polythene Limited. The sale has produced a return of 3x on Lonsdale’s investment.

Amerplast is headquartered in Tampere, Finland and has manufacturing facilities in Finland and Poland. Since purchasing Amerplast in 2014 from Sumoninen Corporation, Lonsdale has invested significantly in the business to allow Amerplast to have market leading positions in the Hygiene, Bakery and Food end markets. It has been committed to sustainability, innovation and efficiency programmes and its packaging solutions have been deeply integrated in the Circular Economy. Amerplast is now one of the biggest recycled material users in flexible packaging in Europe. The group’s profitalility has increased in tandem, more than doubling over the past two years.

Alan Dargan of Lonsdale commented: ”We are very happy with our investment in Amerplast and the resulting return. The management team led by Mark Rooney has grown the business and substantially improved its profitability. The team has placed a strong focus on customers during the pandemic and secured a larger share of their business from key accounts. It is gratifying to have done this while helping the environment.”

Lonsdale was advised by CMD Global Partners and Bastion Group on the sale of Amerplast. Burness Paull was legal adviser to Lonsdale. 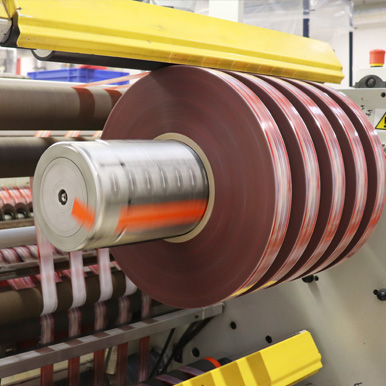